By MARK ALMOND FOR THE DAILY MAIL 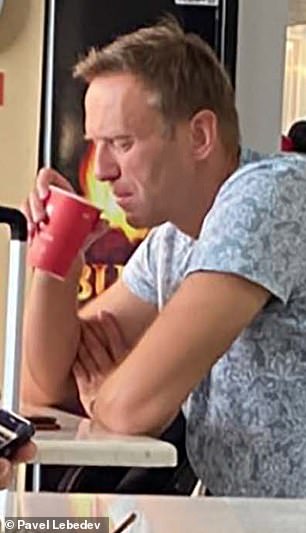 The nondescript cafe is where Alexei Navalny, the main opposition leader and Putin’s most vociferous critic, sipped a cup of tea before boarding a flight back to Moscow yesterday

Tomsk, one of the oldest cities in remote Siberia, rarely makes headlines in Russia – let alone around the world. Not any more.

For the Vienna Cafe at Tomsk Airport may one day be ranked alongside Zizzi in Salisbury and the Millennium Hotel, Mayfair, on Vladimir Putin’s charge sheet under the heading: Suspected Poisonings.

The nondescript cafe is where Alexei Navalny, the main opposition leader and Putin’s most vociferous critic, sipped a cup of tea before boarding a flight back to Moscow yesterday.

Within hours he was hospitalised and, as I write, is on a ventilator as doctors try to determine what led a healthy, 44-year-old fitness fanatic to collapse screaming in agony then fall into a coma.

His family and supporters are in no doubt that a toxin was administered via the tea. He has, after all, been subject to such an attack before.

For those of us in Britain, the news brought back memories of the audacious poisonings of Russian exiles here: the murder of ex-KGB agent Alexander Litvinenko in 2006 after he drank tea contaminated with radioactive polonium at a London hotel, and the attempted murder of former Russian spy Sergei Skripal and his daughter Yulia in Salisbury in 2018.

(The pair fell ill after lunch at the Zizzi restaurant although the poison, novichok, had been administered elsewhere.)

Too many of Putin’s enemies at home and abroad have been the victims of mysterious poisonings for there not to be a link back to the Kremlin despite the routine outraged denials. 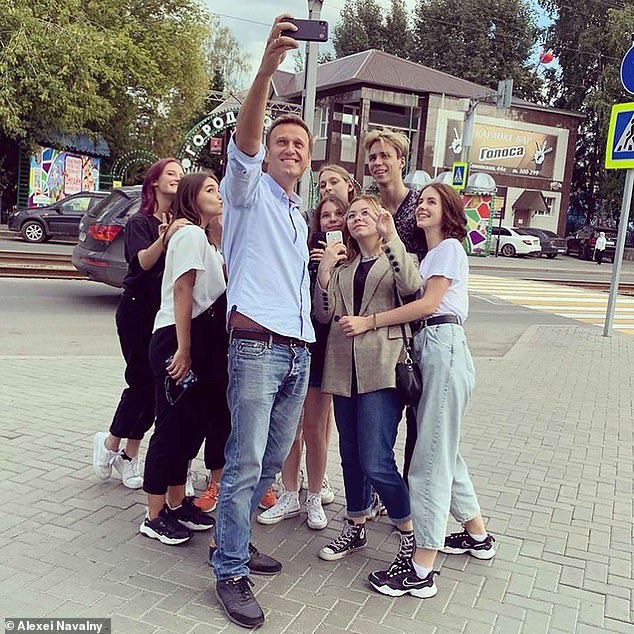 His family and supporters are in no doubt that a toxin was administered via the tea. Navalny is pictured in Tomsk with his supportersPutin foe rushed off plane unconscious with suspected ‘poisoning’

But why now? Why would Moscow want to create an international scandal over Navalny when it is dealing with a full-on crisis in neighbouring Belarus?

After a rigged election on August 9, that country has erupted in often violent protest against Alexander Lukashenko, who has held power for 26 years.

Putin is anxious to keep his hardline ally Lukashenko in power for one very good reason. He fears that the virus of a sudden mass protest against a ‘president-for-life’ there could spread to Russia and he has been shaken by an apparently docile population turning on a leader who is in effect a dictator.

The Russian president has made it clear he is prepared to intervene militarily to ‘restore order’ in Belarus where – and no doubt at the Kremlin’s behest – Lukashenko has accused Alexei Navalny of fomenting protest.

Navalny, the charismatic founder of the Anti-Corruption Foundation, made his name exposing the lifestyles enjoyed by Putin’s appointees which go far beyond their meagre official salaries.

He has highlighted how the president’s closest aides live like lottery winners. He has called Russia’s ruling elite a ‘party of crooks and thieves’.

This has put him in the Kremlin crosshairs and he is hated by the apparatchiks, suffering arrest, imprisonment and losing partial sight in one eye after an attack by a pro-Kremlin activist.

Until recently, however, the Kremlin could dismiss him as a Moscow phenomenon, the equivalent of a privileged Hampstead liberal with as much electoral clout.

But the opposition leader has used the internet brilliantly to evade media censorship and his blog, Twitter feed and YouTube channel have linked him with a growing tranche of discontented people across Russia. 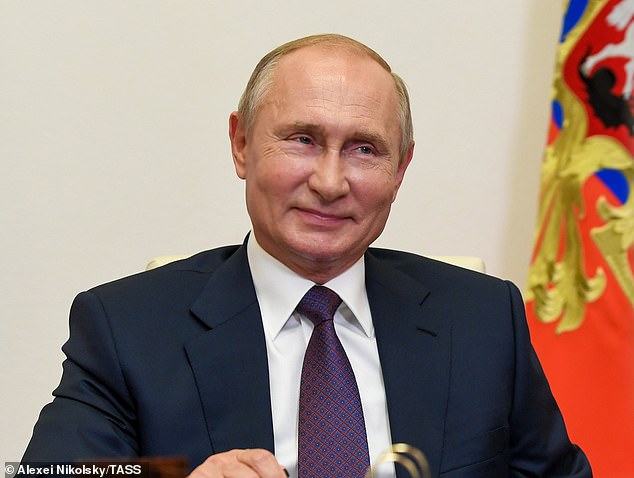 Putin is seen as coldly-calculating. In practice, he takes reckless chances that paralyse his opponents because they could never have imagined him doing something so risky

That’s what made his visit to Tomsk, where regional elections are about to take place, so sensitive politically.

Russia’s regions are restive, cut off from Moscow and politicians who seem oblivious to their concerns. In this political climate, Navalny is seen as the underdog tackling the head of Russia’s wolf pack pretty well single-handedly.

In Belarus, Putin saw how the opposition candidate and rightful winner of the election, Svetlana Tikhanovskaya, a mother of two with limited political experience, could galvanise voters antagonised by the one-man rule of Lukashenko for a generation.

After all, it was just two months ago that Putin changed the Russian constitution to let him rule well into the 2030s.

Putin is seen as coldly-calculating. In practice, he takes reckless chances that paralyse his opponents because they could never have imagined him doing something so risky.

Think back to when he sent ‘little green men’ – Russian special forces – into Crimea in 2014.

Stamping out dissent in Belarus would warn off any Russians thinking of protesting at home. And fear has always made Russia’s rulers ruthless.

As Stalin used to say: ‘Get rid of the person, you get rid of the problem.’Russian police storm opposition leader Alexei Navalny’s office